Alright, I've been teasing that I'd make this post for way too long now but I wanted to make sure I got the article done and polished and at least somewhat not-bad.

Up front, I know that 1) this isn't exactly feedback and 2) it is pretty much insane from a number of perspectives not the least of which is cost-vs-benefit, but it's something I think is at least interesting to think about now while you're still in the pre-alpha stage before it'd get even sillier to look at.

Basically, box selection is really not great at it's job in the 3D RTS environment. It's familiar and it's workable, but it really struggles to handle a number of scenarios that have become increasingly common in modern RTS's. Because it's so familiar and is at least a complete-if-not-great solution, no one ever really bothers to research alternatives when not trying to bring the genre to other environments like consoles.

In looking at some console RTS's and a handful of funky titles like Multiwinia, I tried to hammer out an alternative that is better suited to making quick selections of arbitrary shapes and groups of units. It's basically a circular photoshop paintbrush (except actually a sphere to make things nice and simple in 3D) you paint over desired units with. I've been calling it "Circle-Drag-Select" or just "Circle Select" (or as my girlfriend cheekily coined it, "Cirlect"). You can try out the demo I put together to see it in action, yourself. It takes a good bit of getting used to and is a little awkward (and there's of course massive room for improvement - I hacked the thing together in about a couple days over the course of a week), but try fiddling with the settings (top left corner) to find a set up that works for you. 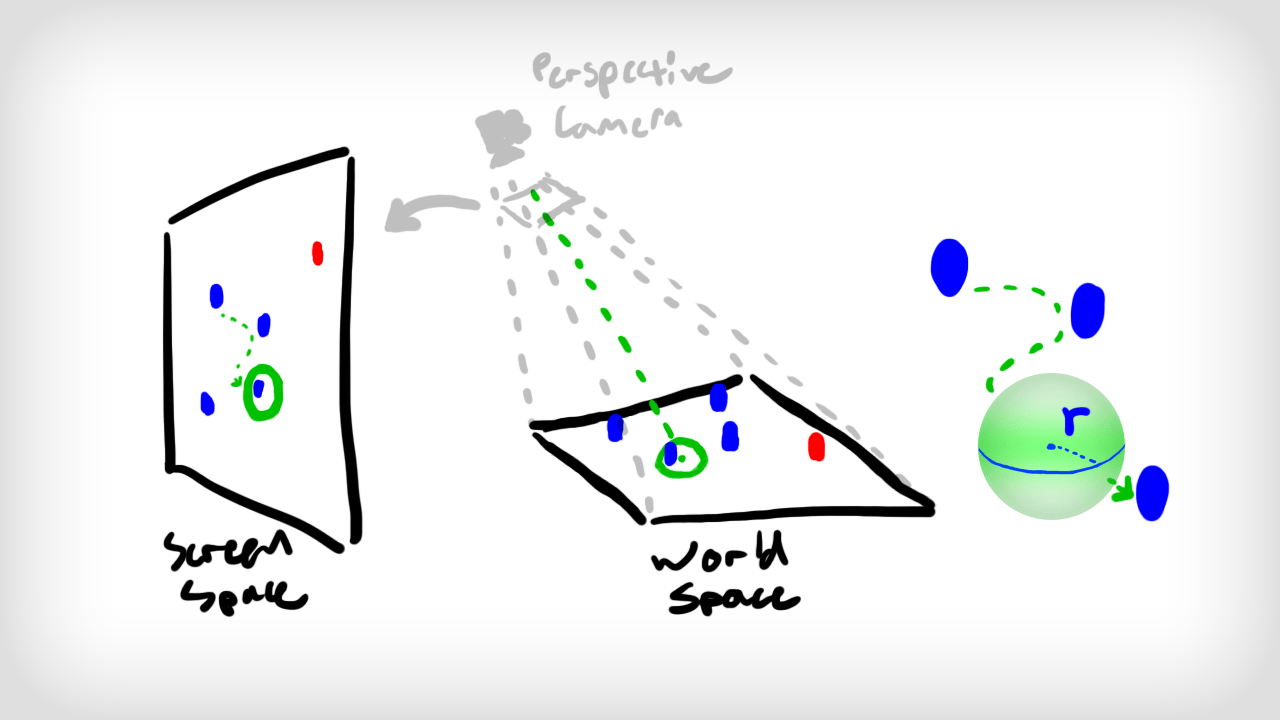 I was inspired to put this whole thing together and do the writeup on it, because I think Atlas is uniquely suited to benefit from breaking free of box selection (side note - I tried to make sure that in spite of me doing this pretty much because of Atlas that there's not really any hint of it in the writeup or demo - please let me know ASAP if there's anything you folks at Artillery would be worried about breaking NDA or what-have-you). Since the game is hybridizing a lot of LoL/DotA-esque evolutions back into the RTS-proper, you've got even more box-selection-struggle-inducing scenarios than most (which is a great thing!).

Is a Rustborn Rhino about to charge your troops? Is Vex about to launch a firey ultimate all-up-ins? Both are arbitrarily oriented rectangular areas that will rarely happen to be orthogonal to the screen. When they aren't, if you want to have just the units in danger try to juke out of the area of effect, instead of just pulling your whole army back or simply putting a different group of units in danger by dashing to the side, you need to make a chain sequence of boxes crazy fast. Circle select allows you to just whip a line along the area of effect to grab the endangered units.

One of my favorite units in the game, the good ol' Terratooter Troopers, got an interesting patch note a while back, affecting how they target their charge when ordered in a group. Instead of doing work under the hood to guess at where they ought to converge, imagine the player having the lever of control through distributed area orders (every click can indicate an area, since the cursor has a radius) to determine themselves how tightly or how spread out their targets should be spaced. 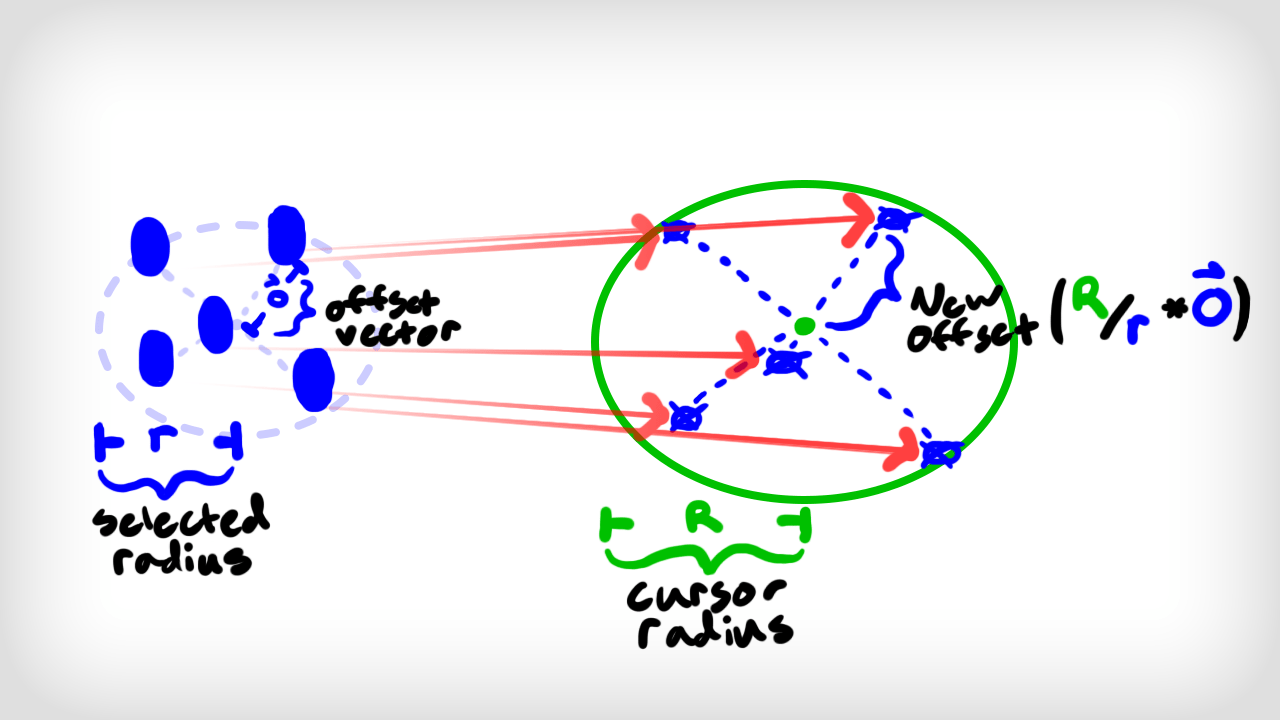 So anyway, there's my box select rant, at last. It's part of my ongoing crusade to reinvent wheels and question base assumptions in game design, so I'd love feedback - but I also won't be hurt or surprised if said feedback is, "this is stupid." ;D